It’s been a while since I’ve written anything here, and my last post was talking about taking time off. I’ve sort of kept that promise to myself, but also haven’t been able to help myself.

I started up Sam King Studio because I knew I’d want to do a few projects this year, and so far it’s been going well. I’ve slowly been easing myself back into things, focusing more on the coding side. It’s been really nice to have the space to either take on a new project, or work on something for myself. I’m still figuring out the balance to avoid burning out again, but the personal projects have helped a lot.

This was one of the first personal projects I’ve released since going out on my own. It’s another photography NFT project, but it has an interesting on-chain component. Most NFTs store the token information off-chain since on-chain storage is so expensive. Something like an 8MB photo would costs thousands of dollars to store, and it would be very slow. A fellow DEF friend CJ had been working on an on-chain SVG renderer. It takes pixel data of a small canvas and then renders that into an SVG.

ICE64 was one of the first projects to use CJ’s work. There are 16 photos, and every photo is an original 1 of 1 NFT, with an accompanying edition of an SVG based artwork. The originals are stored on IPFS and Arweave, and the editions are stored directly on the Ethereum network. Obviously you can’t store a high resolution image on-chain, so the editions are down-scaled to fit within a 64x64px canvas. All of the images in the collection were selected so they would work in both original high resolution, and the smaller on-chain resolution. 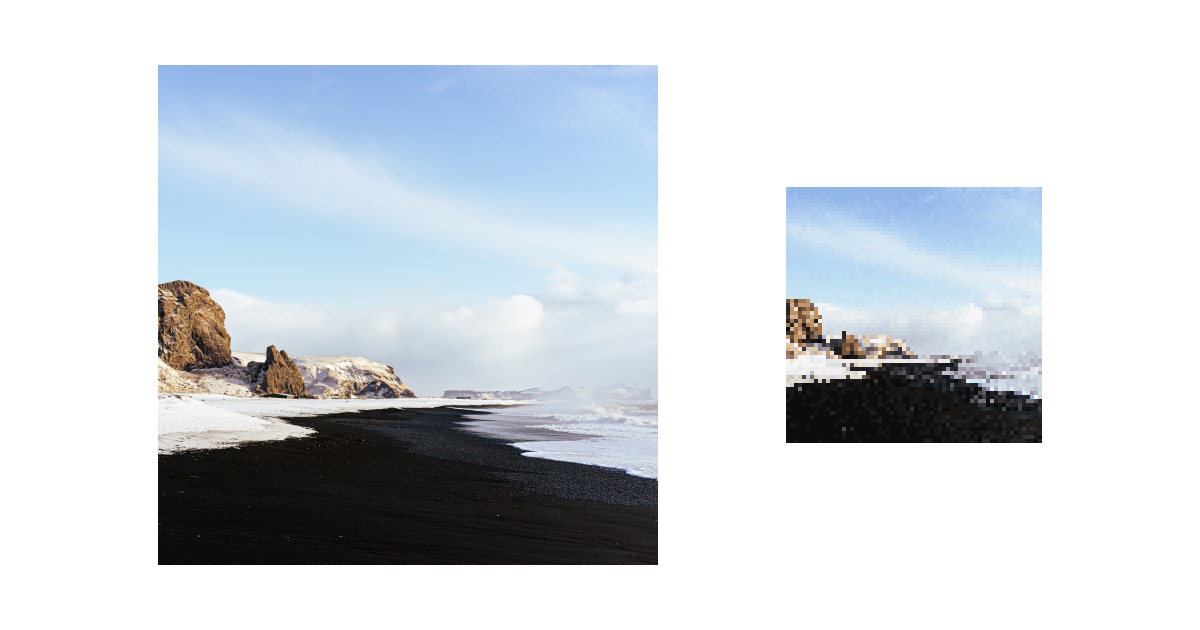 I had a lot of fun building the smart contracts. Each purchase of an original also comes with the edition version too. You can also use a Roots NFT to claim a free edition, and you can do this from the contract directly. There’s no snapshots or merkle trees which is super nice, and highlights the composable aspect of web3.

This was also my first project making use of editions and I think it’s been very positive. Being able to offer artwork at a more affordable price is really nice and it’s allowed more people to become collectors of my work—thank you to any collectors reading, I appreciate you a lot. I even had a little shout out on the JPEG2000 podcast where I spoke about why I love editions. I definitely think editions will be an aspect of my future projects, and I’m thinking of interesting ways to use them going forward.

I got some big time relaxation in (depending on your definition of relaxation). I took Annesah to America for her birthday. We went all out. We spent a week in New York, and then flew to Seattle where we drove down the coast for like 4 weeks to San Diego. I think we drove about 3,000 miles in the end.

I’ve been to New York a bunch, and went to California in 2019, but I’d never seen Oregon, and it was Annesah’s first time in America. The nature and wildlife were amazing. It was so nice seeing something new every day, even if it was a bit hot.

Camera issues added a bunch of stress though. My Hasselblad stopped working in New York after a flash downpour of rain—the only 20 mins of rain of the entire week, and we got caught in it. We were due to fly to Seattle the following day so getting it repaired in NYC wasn’t possible. Luckily Glazer’s Camera in Seattle could help me out, but their Hasselblad expert wasn’t going to be around for a few days, and we’d be in Portland by then. Still, I handed it over and thought I’d just drive back up to Seattle to collect it when it was fixed.

In the meantime, I managed to find a used Mamiya 7 on Facebook Marketplace, a camera I’d always wanted. It was expensive but I’m so glad I picked it up. It was a pleasure to use and I’m so thankful to Hayden for driving up to Portland to sell it to me, and for letting it go to a new home in the first place! Good news came from Glazer’s but I had no energy to make the 6 hour round trip to Seattle, so I called on one of my DEF friends Alexi, who kindly offered up their address in San Francisco so I could get my fixed Hasselblad shipped there before I arrived a week later. 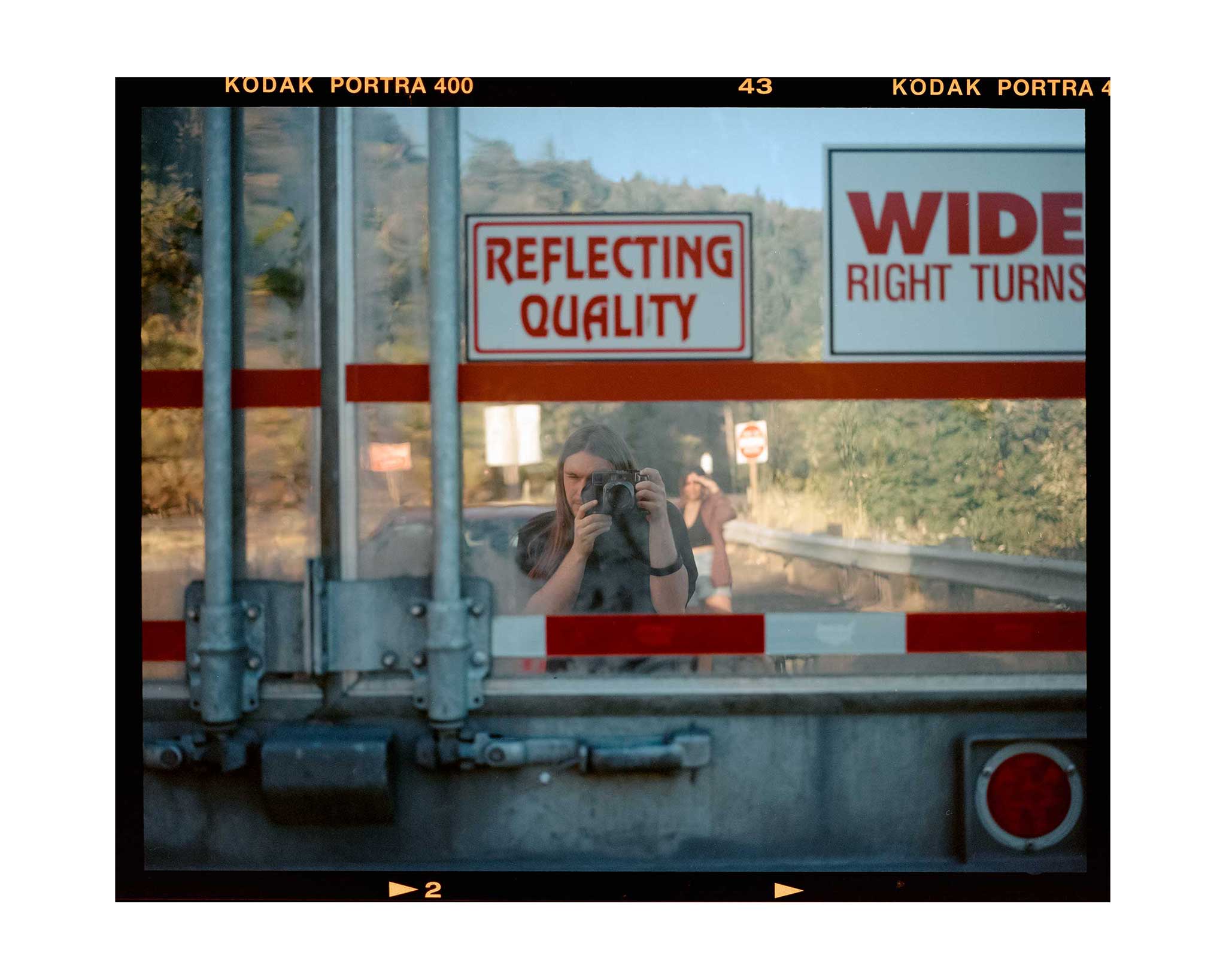 Then I just had to lug the Hasselblad around for the rest of the trip because the Mamiya was much nicer to use. In total I ended up shooting over 30 rolls of film. I have them all back from the lab now, and I’ve started scanning them but it’s going to be a slog! I feel like there’s another personal project to come out of this work though, so I’m excited to share a bit more about that at a later date.

We’d also arranged to meet a few people I’ve been talking to online for a while now. Sadly I didn’t get to meet any of the NYC folks because it was supposed to be the day we arrived, and we’d been awake for almost 24 hours—just fried. However it was great meeting Kevin, Scott, CJ, and their partners at Kevin’s place in Portland. We made some pizza’s in the garden, very wholesome.

There’s definitely holiday blues. Coming back to the energy crisis, cost of living crisis (perfect time for me to quit my secure FTE), and a new PM has been a lot. It’s got me and Annesah thinking about getting out of the UK, at least for a while. I’m just trying to not let it all overwhelm me, and continue to help people build out their projects, and release some more artwork of my own.

If you’ve got a project in mind, or want to just get some extra eyes on something, don’t hesitate to reach out to me. I’m always down for a chat!

As always, thanks for reading, Sam.